After almost 50 years, they are still at the top of their game with intense live performances and commitment to a genre they helped define. 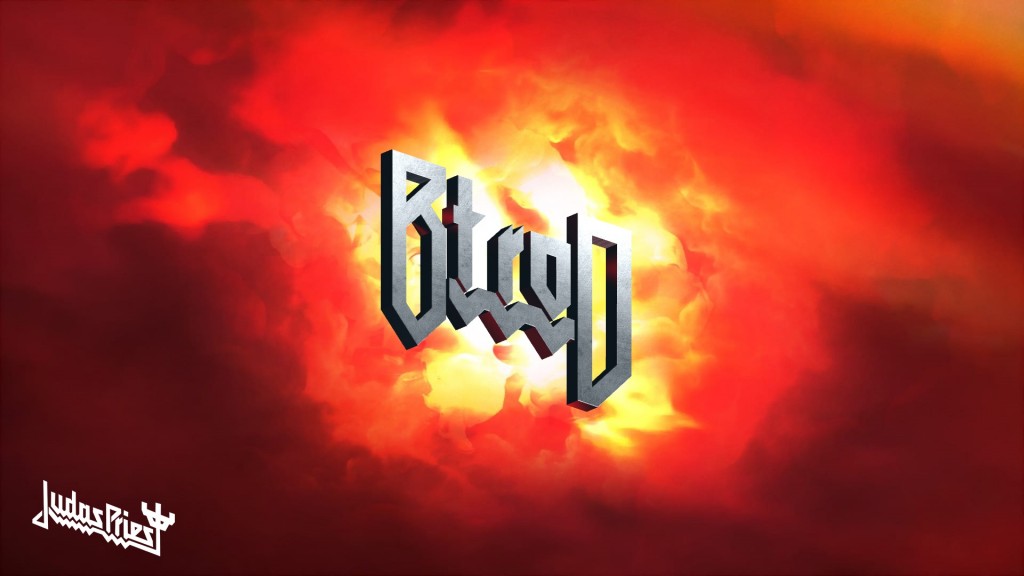 Judas Priest are inviting fans to “forge your own name in steel” with a new Firepower-themed logo generator, available here. 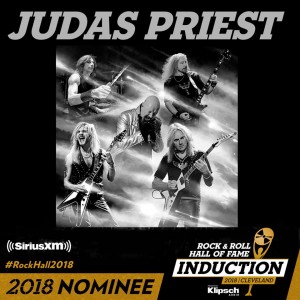 Please vote for the band to be inducted via this link: https://rockhall.com/vote

I took a four hour train ride from Ottawa to Toronto early Thursday morning with my concert buddy and to my delight, he had brought some “refreshments” with us for the ride!

By the time we got to Toronto, we were happy campers and ready to rock! Two metal heads in a big city, what could go wrong?

In awe with all to see, we were amazed at the fast pace of the city which was oblivious to who had showed up!

Being “slightly” verbal at that point, people didn’t even act like we were there! It was Thursday afternoon after all! Seemed like everybody just wanted to get home and survive one more day before the weekend. I kinda felt bad for them since I knew I was going to the BEST SHOW on earth and would most likely be hung over the next day and not going to work!

After hitting a pub and having a few more “refreshments”, we headed over to the Air Canada Centre. We did the typical thing, got some beer, bought some shirts, got more beer, met interesting people and next thing you know the opening act “Mastodon” was done. They sounded pretty good but unfortunately we didn’t really see them, yes the people of Toronto were that interesting…and the beer was really good!

Finding our seats at that point was an “adventure” but we made it just in time for REDEEMER OF SOULS!

The “Judas Priest” curtain fell and I knew then the city was with us!

Sometimes when bands tour their new album, you wish they would play their “classic” tunes and not all their new songs. I think this was the first time I wished they played a little more from the new album! Don’t get me wrong, the set list was awesome but so is their new album! I didn’t expect them to go on forever but I do wish they could…

To put things in perspective, Judas Priest’s first album came out when I was four! These guys rocked the stadium like nothing I could ever do! Throughout the show I was amazed at what I heard, the band played a phenomenal show! It was a live show of what fills my house daily, JUDAS PRIEST is the best band ever!

When “Beyond The Realms Of Death” came on, I will admit I had a tear in my eye! As I looked around, I noticed many were my age and the younger most likely didn’t know what they were watching…history in the making…the most influential metal band of all time performing a sliver of their incredible 40+ year repertoire! I felt honoured to have the privilege to see the band that fills my daily life with such happiness and release from every day crap.

“Thank you for keeping the faith!” said Rob Halford. Well Rob, you have a fan that always will! I’m making everyone I know listen to this exceptional band if it’s the last thing I do!

The show went on with all the classic Priest tunes and I was in heaven! As all good things come to an end, so did the show. As we left the stadium, we met many metal heads outside who felt the same, Judas Priest can still rock the house! There was a sense that this big city had accepted us and we had something in common.

Unfortunately the morning came too fast and we had to leave…with a huge headache for some reason!

Here we thought we were going to get in trouble! First time for everything, hey concert buddy? 😉

Here is the set list for this historical show:

We all need to blow some steam due to every day frustrations. For most that is satisfied by music.

Some like easy listening, my mother likes elevator music, to each their own…

When I hear easy listening, pop or country music I don’t feel at ease, I feel tense! But turn up some good ol’ rock and roll and I feel calm!

I’m sure I’m not the only one, but sometimes it feels like it!

Crank up some Judas Priest and all of a sudden life makes sense… I’m happy, singing and don’t give a fuck about everyday life!

I can be down, depressed or passed out…a Priest tune comes on, and all of a sudden I feel happy and love life!

If it wasn’t for this band, I think I would be more than frustrated!